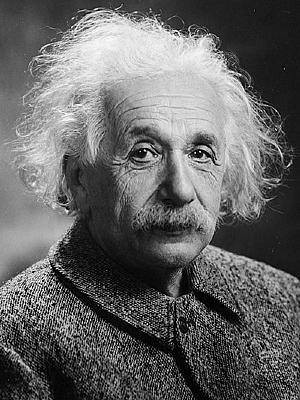 Einstein wrote “Energy cannot be created or destroyed, it can only be changed from one form to another.”

Heat is simply thermal energy. Energy will always naturally move from high areas (hot) to low areas (cool). Cooling involves speeding up this process, actively moving thermal energy from a product into a cooling medium and then away into the broader environment.

The speed at which this occurs is governed by:

Cooling can occur by conduction, convection or radiation. Air and water move heat energy away from products by a mixture of conduction and convection. Water is many times more efficient at removing heat than air.

Transfer of heat energy can occur by three mechanisms:

If a hot carton is stacked among cold cartons, conduction will eventually even out the temperatures in the stack. The hot carton will be cooled, but the cold cartons will be slightly warmed. Hydrocooling is cooling by convection, as energy is transferred out of the product  into the moving water.

Radiation is transfer of heat by electromagnetic waves. This is the mechanism by which heat is transferred from the sun to the earth, from a toaster into a slice of bread, and from cool room lights into stored products.

When warm product is cooled, the energy first moves through the surface by a process of conduction into air, water, packaging or neighbouring vegetables. It is then carried away from the product by convection.

Air is a poor conductor of heat. In fact, it is considered a thermal insulator. A feather-filled sleeping bag is both light and incredibly warm because it traps the internal air, keeping it immobile between the layers of feathers and material. This stops heat from transferring from the body inside to the outside air.

Water is a better conductor of heat. Even without warm clothes it is possible to survive and be active at 0°C or less. However a person in 0°C water is likely to become unconscious within about 15 minutes and survive less than one hour.

Cold water can remove heat more than 20 times faster than air. In effect, this means that a much larger volume of air is needed to achieve the same amount of cooling as a quantity of cold water.

If harvested product is left exposed, it will heat due to radiation from the sun.

Transfer of heat energy into the cooling medium occurs through the surface. Objects which have a large surface area compared to their volume cool fastest. For packed product, forced air and hydrocooling systems increase the effective surface area from the outside of the carton or pallet to that of the product contained.

Thermal energy—heat—can only be transferred at the point of contact between the cooling medium and the product.

For a single vegetable surrounded by cold air or water, surface area relative to volume will be large, even for a round product such as a pumpkin.

However, if product has been packed into a carton, or is still in the harvest bin, the effective surface area is the outside of the container, not the product skin. The surface area of a bin relative to its volume is very small, resulting in a slow cooling rate.

Heat transfer occurs through the surface that is in contact with the cooling medium. For a single product in air that is its skin, whereas for product in a bin or packed into a carton, the surface area is that of the container.

It is possible to increase the effective surface area for product in bins or cartons by forcing air (or water) through the container. This allows heat to be removed directly from the surface of the product. Forced air-cooling effectively does this, pulling air through the container across the surface of the products contained. Hydrocooling also allows direct contact between the product and the cooling medium, greatly increasing the rate of cooling even if product is still inside the harvest bin.

Thermal conductivity determines how quickly heat can be removed from a specific vegetable. This is affected by its structure and other physical properties.

Thermal conductivity refers to how easily heat can be removed from a specific vegetable. This is affected by shape, skin structure and composition.

Layers of air trapped between overwrapping leaves, such as a cabbage or lettuce, reduce thermal conductivity. This means they are slower to cool, especially when compared to a solid vegetable of similar size and shape such as a pumpkin.

Thermal conductivity of different vegetables, ranked from low to high.

It can take hours or days for product to reach the same temperature as the delivery air. In some cases it never reaches this point, as the heat produced by respiration keeps the product fractionally warmer than its surroundings. 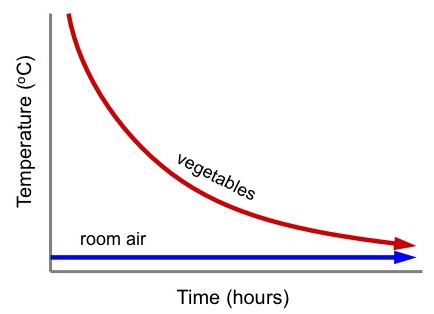 Vegetables placed in a cool room cool rapidly at first. However, cooling slows as they approach the temperature of the room air.

For this reason cooling rates are usually expressed in terms of the time taken for product to become ‘3⁄4 cooled’ or ‘7⁄8 cooled’. This is calculated as the time for 3⁄4 or 7⁄8 of the initial difference in temperature between the product and the cooling medium to be removed. 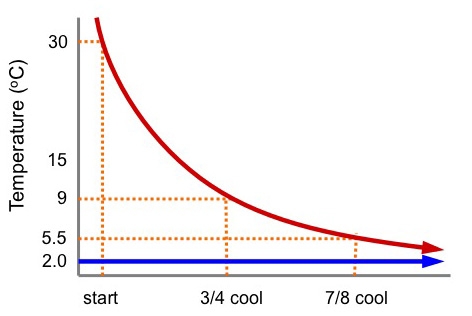 Because it takes a long time for products to reach the same temperature as the cold room air, cooling rates are usually expressed as the time taken for products to be 3⁄4 or 7⁄8 cooled.
Related Pages